Since 2018 U.S. states have had the authority to legalize sports betting and it’s an area of the industry that is booming. It’s become so popular that it has even grown during the uncertainty of the past 18 months, unlike other industries.

In a report by NBC, it seems like that sharp rise in interest is showing no signs of slowing either, with record revenues being earned in the country. The amount earned from sports wagers has increased by 230% over the same time period last year, with 11 more states getting on board. However, despite that increase in revenues, sportsbook markets are not yet available in all the states across the U.S. Of the 50 states, just under half have regulated sportsbooks currently, although that number will grow over the coming months. As lawmakers in Louisiana and Nebraska have all signed legislation to push forward their plans to allow residents to access sportsbooks.

The accessibility of the sportsbooks and these apps differ from state to state. Their lawmakers are allowed to make certain concessions, with Nebraska being a perfect case, as betting markets on college sports will not be permitted online, on apps, or at physical venues. However, wagers on professional sports will be allowed when things go live.

What do the apps that provide these services look like? What are the options and features? We take a look below.

The markets available to people on the biggest of sportsbook apps aren’t limited by their locale, so not only do these apps allow for cross country markets from within the U.S., such as the NFL, MLB, and horse racing, they can go international too. Just a handful of the sports on offer include soccer, from the Premier League, big boxing bouts held across the globe, to tennis tournaments like the Australian Open.

One of the most popular aspects of the sportsbook is the ability to ask for a price on something that’s not currently listed. Via the chat options in the app or via social media, it’s entirely possible to enquire for the latest odds on a combination of related or unrelated outcomes into a single bet. The Ladbrokes app on Google Play demonstrates how these offers usually work; they operate a #GetAPrice, where you request directly from them if a market you’re interested in isn’t featured. This is something that is proving to be very popular with players, as it often raises the odds and adds another dimension to their experience. There is an element of knowledge needed too, and every sports fan is an armchair pundit who think they know best!

Live Streaming
One of the latest introductions to the platforms is the advent of live streaming; through the apps, you can keep up to date with the games as they happen. It means that you don’t have to leave the platform to access both the markets and watch the action on screen so you can see how the game is shaping up, with constantly updating odds displayed too. The sports on offer for streaming can be as extensive as the markets depending on your sportsbook of choice, from horse racing to soccer, baseball to the NFL. It’s also meaning that sports fans don’t have to have a cable subscription in their home or search for the best sports streaming sites to keep up with some of their favorite sports. 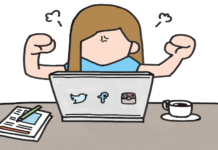 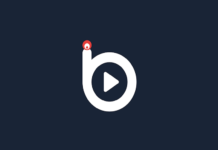 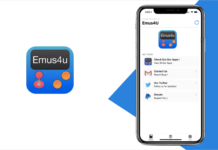 Emus4u: How to Download Paid Apps for Free on iOS Without Jailbreak

PS2 Bios: How To Download and Install PlayStation 2 Bios

DareTV: Everything You Need To Know About This Online Streaming Site