How to Turn On System UI Tuner on Android 0.9 Pie to Customize Status Bar Icon

Step #1: First of all, install Nova Launcher on your phone.

Step #2: Once it’s installed, apply it on your phone. While Nova Launcher is open, long-press on the home screen and select “Widget”.

Step #3: There you can see the widget section, select ‘Activities’, then scroll down to tap on System UI and select “System UI demo mode” at the bottom of the screen.

Step #4: Now tap on the widget to launch the menu and then you will see two different options “Status bar” and “Do not disturb.”

Step #5: Here you can remove any status bar by simply turning off the toggle next to the option. There are only two options without toggle –time and battery. You will get the option to show battery in percentage while charging or always.

Step #6: There is also “Do not disturb, “with only “Volume buttons shortcut.” Once disabled it, you won’t be able to enter DND mode by lowering the volume to zero, then pressing volume down one more time.

Seems like Google making it eco-system easy. Well, there isn’t any nifty thing about the System UI Tuner. But, when it comes to tweaking your Android experience, it will offer more customization. Furthermore, it works great to avoid unintentional activation of DND mode. What else you want to change in the latest Android Pie update? If you want to share anything about the new Android 0.9, you can directly tell us through comments. 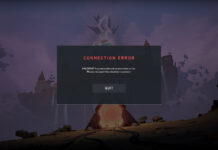 How to fix Valorant login issues? 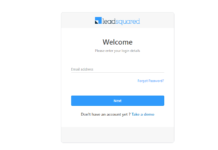 How To Login to Leadsquared?

Worldfree4u 2021 – The Best Platform To Download Movies For Free

What Are The Best Vaping Gadgets for The New Year

What is Hamachi Network And How Does It Work?