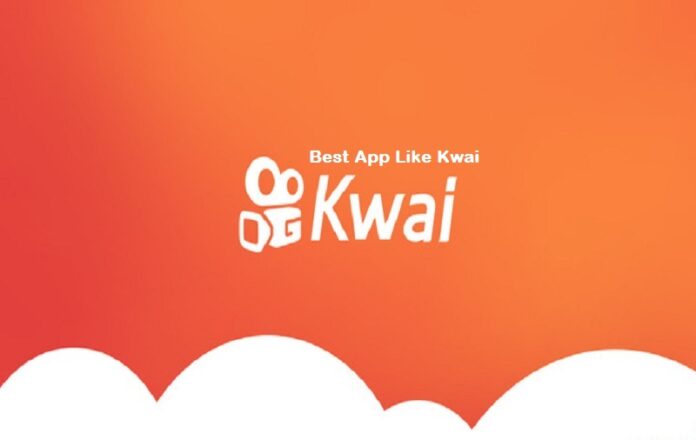 Are you feeling bored? Sitting at home all day? Is relaxing all day not as fun as you thought it would be? Do you want to set your creative mind to work again? Then here is the idea that you could make use of. Direct some short videos of yourselves or use your selfies in a slideshow pattern to make amazing videos out of them. The app Kwai could be the app just for the use! With its easy access and easy to use interface, it is one of the top choices for your purpose. But wait a minute. With all the bans on Chinese apps in India, Kwai as a Chinese app would not be a viable option. However, you need not fret. You have come to the best place to solve this problem of yours. We bring to you a list of 10 alternatives that you could use in place of Kwai. Can’t wait any longer? Well, then scroll along.

What is Kwai app?

Kwai is a social networking app that lets you upload videos of yourself. They are usually short videos or your photographs in slideshow pattern. It lets you input music in the background to make the videos more engaging. It has a fast-rising platform for users. The app is of Chinese origin. It is a great place to just relax and make videos for your WhatsApp status is or other kinds of short videos just for fun. However, the Kwai app India is banned. After the ban on certain Chinese apps, Kwai can no longer be used in India. There have been debates as to how the videos on the app are merely silly and lack any content with serious issues. However, it’s an app for fun. It’s great for an escape from your daily life and just relaxes.

No matter how great the app was, it is no longer available to the Indian audience. KwaiTikTok is now banned and hence out of access to a great portion of its crowd. It is to a certain extent a matter of pity as it was so easily accessible and easily understandable. But should trivial issues such as banning an app come in between you and your fun time? Never. So here are some of the best apps that you can use as an alternative for Kwai. Wonderful news indeed right?! So read along to know more!

It is one of India’s top app for making short videos or WhatsApp statuses. The app guarantees you an experience similar to the one while watching television. It is an Indian video sharing platform that lets people upload and share their homemade videos and other interesting stuff. It is a great place to showcase your talents and stuff you are interested in. The app, even though just a decade or so old has an ever-increasing number of users now. This is in a nutshell Indian video maker app like TikTok.

This was a trend a few years back. Dubsmash had become the latest fad five or so years back. Tons of people, including celebrities came on the floor to use the app and the awesome features that it has to offer to its users. It lets you make videos where you can lip sync to songs and other kinds of background tracks. You can dub for tracks from different origins such as television shows, songs, and so on.

This is the app for creators. If you are an original content creator then this is the platform for you. You can make flawless videos of yourself without having to follow many tiresome procedures and share them on the web within seconds. The app is known for its easy to use and understand the mechanism. Trillercam, hence is used by individuals of various age groups and aptitude without much heckling. This serves as one of the best alternatives for the app to make videos like TikTok and Kwai. The app lets you share all your talents and other stuff you have interest in with millions of people just within seconds. The best part of the app is it’s easy to use and understand interface.

This application does not need an introduction. YouTube is one of the world’s largest growing entertainment site. It allows you to upload videos about anything and everything on the site. It has a set of rules and regulations that are specified in its terms and conditions. You will not be allowed to upload videos that have a copyright on them. This site unlike the others needs you to be a bit more responsible. You need to open an account on YouTube before you can start uploading videos. You can also watch great videos from across the globe. The best thing about this app’s content is that it has everything starting from how to boil an egg to how to tie a tie. It is not only a good alternative for TikTok and Kwai but in many contexts even better than them!

In one line, Chingari is free, it’s fast and has some amazing features to offer to its users. Especially after the ban on apps such as Kwai and TikTok, the downloads for the app has gone up remarkably. All you need to do is to go to PlayStore, download, and install the app, wait till the download gets completed. A shortcut will be created and you can thereafter start using the application. The best thing about the app is its speed. After making a video just within seconds, you can upload it and reach millions of people across your country. It is an Indian app that can serve very well as an alternative for TikTok and Kwai.

It is again an Indian application that will serve as an alternative for the Chinese video making and sharing apps that are banned. Its interface is fairly easy to use and understand. It is free to download as well. Just like Chingari, you can download it from the Google play store. It does not take up much of your phone’s memory, but it is a great application to express yourself and make your talent reach a lot many people across your nation.

This again is an application that requires little or no introduction at all. Instagram is a social networking site. However, it has an option for making videos. The videos are usually short in the period. There is a particular kind of video called Boomerangs that can be created on Instagram. The video shows the same activity on a loop giving it an effect of a boomerang.

Did you want an application that will take place and serve as an alternative to TikTok and Kwai? Well, we have something better to offer. YoPlay Does not only let you make videos of yourself of short spans, but also lets you browse through games as well. This is like an all-rounder of the application world. It is easy to download and understand as well. As far as gamers are concerned, this is like their heaven. They have access to gaming forums as well as games of different kinds.

This application is known to provide you with the latest and unlimited numbers of videos every day. You can make short spans of videos and upload them on the site. This Does not only serve as a great time pass or a session of relaxation, but also makes other people aware of the talents that you have. If you are searching for alternatives that you could use in place of the Chinese apps that are banned now, Then this could be your go-to option.

If you were a person who likes to collab with others on their videos or likes others to collab on your videos, Then this is a great app for you to use. The videos that you can upload on this application must be of 60 seconds long. This is the only specification that the application has apart from the usual ones. It is easily accessible and has a very fast speed as well.

The people who were so heartbroken about the ban on apps such as TikTok and Kwai, now have a reason to smile again. The apps listed above are as good as the previous ones. So go along and make yourself some amazing funny videos. Have fun!

Yes, Kwai is free to download. If and when available, you can download it from play store onto your Android phones and go on to make videos.

Is there a chance of the alternatives being banned?

The apps that are listed under alternatives for Kwai and not originally from China. They are not Chinese apps and hence cannot be banned shortly.

India has banned many Chinese apps recently. Kwai along with 58 other apps, being of Chinese origin is also banned and not accessible to us any longer. The alternatives provided are however just as good.

What are some alternatives for TikTok?

TikTok and Kwai are quite similar in what they had to offer to its users. The apps that are listed above in the write-up, including Roposo, YoPlay, Instagram, Dubsmash, and so on can be used as alternatives for TikTok as well. The question of KwaivsTikTok hence does not have many bases as both of them are as good as the other.

What will happen to the apps that are already installed on our phones?

The apps will exist in the device memory as they used to, however, they would be as good as a skeleton in your mobile phone. Thanks for the apps, will not be reaching you anymore. So you will not be able to use it or access the app as the Internet connection to the application will be cut off. 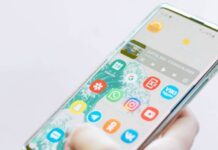 What is the CQAtest app? 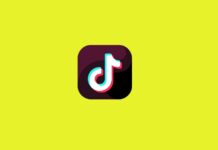 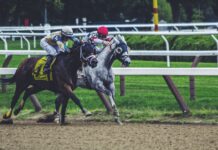 Everything You Need To Know About Spytec Login