Forward-thinking managers know that innovation is the lifeblood of company success. When you think of innovation, the first company that comes to mind is Apple, and with good reason too. Apple’s unconventional approach to innovation has made it widely regarded as the most innovative company of our time. Innovation and creativity drive the tech giant to produce world-defining products with other tech firms playing catch up. Let us look at Apple’s innovation strategy and how they control the market.

Recent Released: HOW TO TURN OFF EMERGENCY ALERTS ON ANDROID AND IPHONE?

When Steve Jobs, the co-founder of Apple, started the company in his garage with Steve Wozniak, they had one idea: to create cutting-edge products. Steve Jobs enshrined the company’s values in every product, from the Lisa and Macintosh to the iPod.

Along the way, some of the company’s values eroded as Steve Jobs was exiled from the company he founded. Steve Jobs came back and reinstated the core values of Apple. Over the years, Apple’s innovation strategy has become cultural, albeit losing most of the founders who were a bit unconventional but suitable for the business’s success.

Essentially, Apple runs on one core value: “really good ideas wrapped up in other really good ideas.” Apple produces an iPhone that integrates iTunes and packages it in a beautiful design. That’s what Apple is always about.

For startups, your take-home from this post is to invest in R&D. Do not neglect marketing but apportion a big chunk of your budget to research and design. Every innovative company in different verticals invests in knowing what consumers crave and where the market is shifting. Tesla, in the automotive industry, produces cutting-edge electric cars that redefine our concept of electric cars.

Apple’s breakthrough innovation moments are multiple and the yearly WWDC is a great example of it. The convention is covered in world news and you can read about it in this Thai article. But if we could choose a defining one, it would be the creation of the iPod. Dubbed “1000 songs in your pocket,” the music player-generated record sales for the company then. Fast-forward to 2007, and another breakthrough moment came through the iPhone. Up to now, Apple has sold over 1.5 billion smartphones. According to Statista, there are over 3 billion smartphone users. Crunching the numbers means Apple has around half of the market share tied down.

Apple understands customers better than other tech companies. That’s why everyone is immersed in a frenzy when Apple releases a new product.

Apple’s goal is to provide value to shareholders. The market control aspect of Apple comes to light in its business model. Apple delivers innovative products from software to hardware that add value to customers who reciprocate the value in terms of revenue to the company.

Apple’s innovation strategy defies every rule in the book about innovation. There is no single case where Apple produces a standalone product or service. But the seamless interdependence of the software and hardware enables Apple to be a world-leading innovative brand. 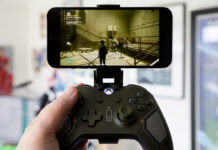 How to set up Xbox Cloud Gaming (xCloud) on iOS? 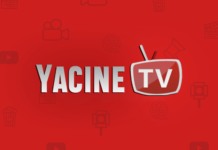 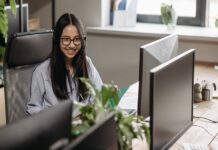 How to Outsource in IT: 6 Steps for Complete Newbies